When / Why did you move ?
I came from Dayton, Ohio in 1981 – a small city about 980 km to the West – to go to university in Greenwich Village. My great-grandparents immigrated to New York at the end of the 19th Century. My parents lived n New York City as children and teen-agers. I heard not only their stories but grew up on the books, movies and songs set here. As a child I could not imagine a more exciting place with more possibility to be. There was never any question in my own mind that I would move here at the first opportunity. It is the place where I have always felt most at home.

What is your favorite neighborhood and why?
The Lower East Side is easily one of the few places in the city where the streets and architecture look largely as they did 120 years ago when my ancestors first arrived. I can practically see and smell the muddy crowded streets filled with dozens of languages, and strange customs and dress that they must have encountered on their first day in New York. If I look up when walking in this neighborhood I often see signs written in German, Italian, Cyrillic and Hebrew carved into buildings. They indicate when they were built, by which ethnic group, and for what purpose – religious worship, beer and entertainment. medical treatment, education, union hall or charitable institution. Because the ancestors of so many people in the United States passed through the Lower East Side, it is as much a real place as one that exists in family memory. For many years the Lower East Side has stood for the immigrant experience.

Favorite restaurants and why?
My family has a tradition of going to a restaurant on Friday nights. We often go to the Manhattan Diner . It’s the kind of diner that Manhattan once was filled with – a neighborhood place to go for a bowl of soup or coffee at the counter, or to have a big, moderately priced meal with family and friends sitting in a big booth. The waiters are friendly, have worked their for years and know the names of their regular customers. The menu is large and American – which now includes salads, Greek, Mexican and Italian dishes. It is the kind of typical New York restaurant that I would like to survive.

Hidden Gems, inside tips?
The Brooklyn Bridge at sunset. Walk on at sunset and stay on until it gets dark and the lights come on in the skyscrapers. It’s a breath- taking sight . The Staten Island Ferry from Manhattan and back. It’s the best deal in New York. The trip is free. It takes about forty five minutes each way and passes the Stature of Liberty and gives great views of the Harbor, Lower Manhattan and the Brooklyn Waterfront. Take it early in the morning or at sunset for the best views of lower Manhattan. The Roosevelt Island Tram – Roosevelt Island is residential neighborhood in the East River. The commuter tram that connects it to Manhattan provides a unique skyline view and costs only $4.00 for a round trip ticket. 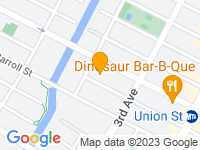